Assenagon Asset Management SA increased its equity stake in CommScope Holding Company, Inc. (NASDAQ: COMM – Get a rating) by 306.2% in Q1, according to the company in its latest 13F filing with the Securities and Exchange Commission. The institutional investor held 696,908 shares of the communications equipment provider after acquiring an additional 525,330 shares during the period. Assenagon Asset Management SA held 0.34% of CommScope worth $5,492,000 at the end of the most recent period.

CommScope (NASDAQ: COMM – Get a rating) last reported results on Thursday, May 5. The communications equipment provider reported earnings per share (EPS) of $0.20 for the quarter, beating analysts’ consensus estimate of $0.15 by $0.05. The company posted revenue of $2.23 billion for the quarter, versus analyst estimates of $2.07 billion. CommScope had a negative net margin of 5.78% and a negative return on equity of 235.45%. The company’s quarterly revenue increased 7.6% year over year. During the same period of the previous year, the company achieved EPS of $0.27. Analysts expect CommScope Holding Company, Inc. to post EPS of 1.33 for the current fiscal year.

About CommScope (Get a rating) 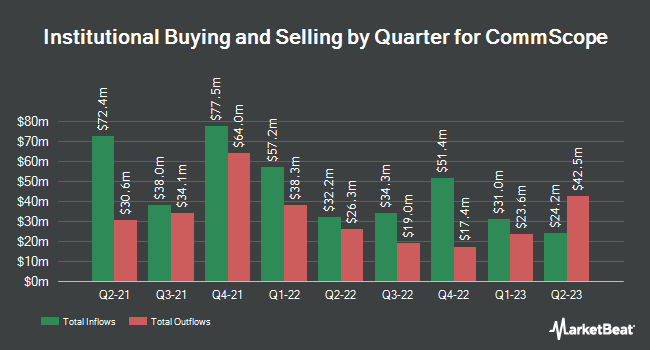